Egypt's most unique country on earth 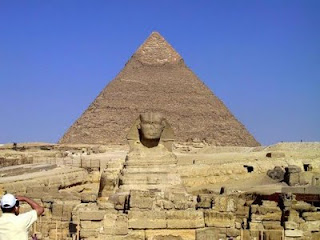 One of the most mysterious and magical places on planet earth. Being in North Africa, the country has more than 80 pyramids spread along the Nile. Each - each nearly 100 feet tall, made of giant stones each weighing 100 tons. Until now the legend of the pyramid still invite a variety of new gossip, new myths and beliefs are also emerging. Of all the pyramids, the tallest is the Pyramid of Cheops. All the pyramids were built only by piling one stone on another stone. Not found glue, nails or any adhesive used in the manufacture of a pyramid. All the stones fit together somehow, so it is very hard to find any cracks or gaps. Issues concerning the construction techniques used are also unanswered until now.
Diposkan oleh tegaraji di 11:44 PM

Email ThisBlogThis!Share to TwitterShare to FacebookShare to Pinterest
Label: Egypt or Mesir